Streicher, Huey and Strauss testing for the manufacturing industry

Manufacturing equipment or products often involves welding and heat treatments. Precipitations in stainless steels or nickel alloys can form as a result of heat input in a certain temperature range (i.e. 550-850°C for stainless steels), making the material sensitive to intergranular corrosion.

Several tests were developed to evaluate materials with regard to their sensitivity to intergranular corrosion. These tests are typically performed on samples cut from finished parts in the as-delivered condition or on material that has been sensitized by a specific heat treatment in a furnace or by welding.

In the Streicher test (ASTM A262, Practice B) the sample is exposed to a boiling ferric sulfate – 50% sulfuric acid solution during 120 hours. Based on mass loss a corrosion rate is determined. Beside mass loss determination the depth of intergranular attack can be assessed by means of cross-section analysis. Acceptance criteria are typically specified by the purchaser or producer.

More specifically for testing of nickel alloys a similar test procedure is described in ASTM G28, Method A with different test durations for different alloys.

In the Huey test (ASTM A262, Practice C, which is similar to EN ISO 3651-1) the sample is exposed to boiling 65% nitric acid during 5x 48 hours. After each period of 48 hours mass loss determination is performed. A corrosion rate per 48-hour period and a total corrosion rate over the entire period are determined. Acceptance criteria are typically specified by the purchaser or producer.

In the Strauss test (ASTM A262, Practice E, which is similar to ISO 3651-2, Method A – Monnypenny Strauss test) the sample is exposed to a copper-copper sulfate-16% sulfuric acid solution for at least 15 hours. After testing the sample is bent 180° and evaluated under low magnification for the presence of fissures or cracks indicative of intergranular attack. This test is thus a more qualitative test in contrast to the Huey and Streicher tests which are more quantitative.

The test is performed to detect the susceptibility of the material to intergranular attack.

You can find these tests summarized on our website.

QUESTIONS ON OUR SERVICES?

Ensure your product or installation survives in the long run by including our expertise in the process from the very beginning. We are happy to answer any questions and are eager to offer our services. Contact us today! 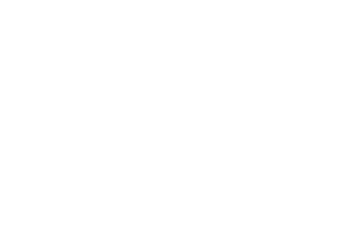 We offer contract research for project research related to materials, coatings and materials degradation in general. Depending on the nature of the problem, METALogic assigns a team of engineers to the [...]

Based on our specific knowledge and many years of experience in corrosion studies, corrosion testing and failure analyses METALogic can assist you in selecting the most appropriate material for your [...]

Traditionally coatings are tested by subjecting them to an aggressive environment. This is for example the case in the neutral salt spray test (ISO 9227 NSS or ASTM B117). In this test coatings are exposed [...]

Our team of experts have in-depth knowledge and many years of experience in failure analysis and is supported by state-of-the-art equipment and laboratories. METALogic goes to the limit to solve your [...]

Testing of corrosion in our laboratory is mainly done by exposure testing and/or by electrochemical tests (cyclic polarization measurements). Exposure tests are closest to reality and therefore yield the [...]